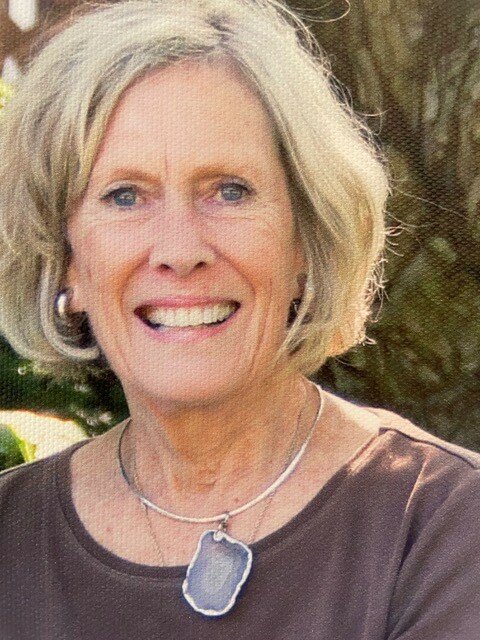 Pat was born October 8, 1942, in Washington, DC.  She is predeceased by her parents, Major General and Mrs. John Hart Caughey and her son Brendt DeWitt Coker.

She grew up in various cities in the world due to her father’s rising military career.  She graduated from Washington and Lee High school in Arlington, VA, and graduated from Florida Southern University in Lakeland, FL. While in college, the always venturesome Pat twice jumped out of an airplane while her Dad was going through Jump Training as part of the Leadership at Fort Bragg, NC.

Pat enjoyed a long career in the food business as a Food Industry Professional, starting with working in the test kitchens of Quaker Oats. She was selected by the best food retailers in specific areas to put on seminars for food styling events for employees and customers like Byerly’s in Minneapolis, HEB in TX, Schnuck’s in St. Louis, and Dominick’s in Chicago.

She then moved to Nashville, TN, and led a team at CF Marketing, a company dedicated to food styling and preparation for a host of companies. She had the honor of publishing recipes for Southern Living and Cooking Light Magazines. She worked for the National Cattlemen’s Beef Association in a similar capacity for years.

In addition to raising two wonderful children, Pat found the time and talent to be a busy homemaker and her family resided in 16 different homes over the years. She designed two of their homes from the ground up.

Share Your Memory of
Patricia
Upload Your Memory View All Memories
Be the first to upload a memory!
Share A Memory
Plant a Tree