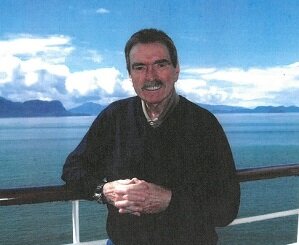 James (Jim) R. Fullam passed away 8/24/2021 at age of 90. He was born in the Borough of Queens in New York City on May 12, 1931 to Peter and Jane Fullam. He was the third child in a family of five children. His only survivor is his sister, Margaret Fullam, former resident of the Bayshore Retirement Community, Hilton Head Plantation, and now a resident of the NHC Retirement Community in Bluffton, SC.

Jim is survived by his beloved wife of 39 years, Anita, and six children from a previous marriage. His sons, Timothy (Kate), Michael (Deceased), Patrick (Joann), Kevin (Cathy), Thomas (Maryanne) and daughter Coleen (Steven). All live in the Philadelphia area. He is the proud grandfather of 12 grandchildren and 10 great-grandchildren, all currently living in the same area.

After graduation from St. Elizabeth's grade school in Ozone Park, NY, Jim won an academic scholarship to Xavier High, a Jesuit Military Prep School in Manhattan, NY. After graduation, Jim attended Fordham University in the Bronx, NY, another Jesuit educational institution where he majored in psychology with a minor in philosophy. Upon graduation, Jim was commissioned a 2nd  Lieutenant in the US Army Signal Corps and served two years with a Signal Corps Construction Battalion at Fort Devon, MA, the Military Academy at West Point, NY, and Headquarters for the Signal Corps at Fort Monmouth, NJ. Following his army service, Jim joined Remington Rand Univac (now Unisys). The company was credited with building Univac, the first Universal Automatic Computer. He spent 28 years in the marketing division of the company. After assignments in New York, NY, Cleveland, Ohio, Washington, DC, Blue Bell, PA (company Headquarters), London, England (where Coleen was born), he then headed back to Blue Bell, PA.

His final position was Vice President of World-Wide Communications, responsible for advertising, sales promotion, public relations, user relations, and community relations worldwide.If you were to ask Jim if he has kept up with the incredible technology advances in the computer industry, he would absolutely answer "no". "Today if you have a computer problem, go out and rent a 7-year-old. He will know how to solve your problem!"

Jim and his wife Anita moved to Hilton Head Island in 1984, and settled in Hilton Head Plantation. He started a new career in real estate with Lighthouse Realty, a division of the Sea Pines Co. After

four years of successful sales, Jim was promoted to President and Broker-in-Charge of Lighthouse Realty. Jim is a past director of the Hilton Head Association of Realtors, and a trustee of the multiple listing service

Jim and Anita are founding members of St. Francis by the Sea Catholic Church. They have both been active in a number of ministries the church has to offer. He was a founding member, and past chairman of the Country Club of Hilton Head.

A Mass of Christian Burial will be held Friday, September 10, 2021 at St. Francis by The Sea Catholic Church at 10 a.m. The family suggest that those who wish, may make memorial contributions to St. Francis Catholic School, 45 Beach City Rd, Hilton Head Island, SC 29926.

Share Your Memory of
James
Upload Your Memory View All Memories
Be the first to upload a memory!
Share A Memory
Plant a Tree