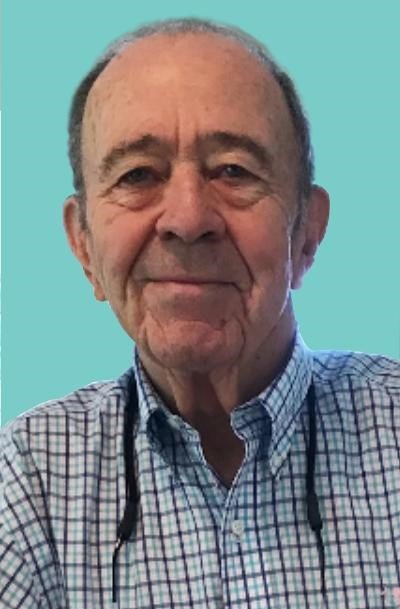 Glenn Edward Newkirk passed peacefully at home on the morning of Saturday, October 3rd, 2020 surrounded by his loving family.  Glenn was born August 16, 1939 in Marengo, IA.  He attended Marengo High School where he quarterbacked the football team, achieved the level of Eagle Scout, and graduated with honors.

After his graduation from Iowa State University (Class of ’61), he was employed by the Wisconsin Telephone Company in Milwaukee, WI, working in Finance and Treasury.  That same year, he married his high school sweetheart, Maxine Ratzel, and settled in Waukesha, WI.

In 1975, Glenn accepted a treasury and finance position at AT&T in New York City.  He and Maxine then moved to Chatham, NJ with their three sons.   While at AT&T, he earned his MBA from Pace University.  In 1979, their oldest son, Todd, was diagnosed with leukemia and Glenn became Todd’s champion in the 15-year battle with the disease.  Todd died while undergoing a bone marrow transplant in 1994.

Glenn retired in 1991 and moved to Hilton Head Island, SC, where he enjoyed the beach, bird watching, tennis, and hosting family and friends. Throughout his life Glenn loved serving the Lord and others in his church communities.  He served where called as elder, president, teacher, choir member, and Lay Eucharist Ministry.

Glenn loved to camp, canoe, and fish with his boys and was active in their scouting, sports and youth group functions. In retirement he enjoyed travels with Maxine throughout Europe, Israel and many of the great national parks of the United States and Canada.