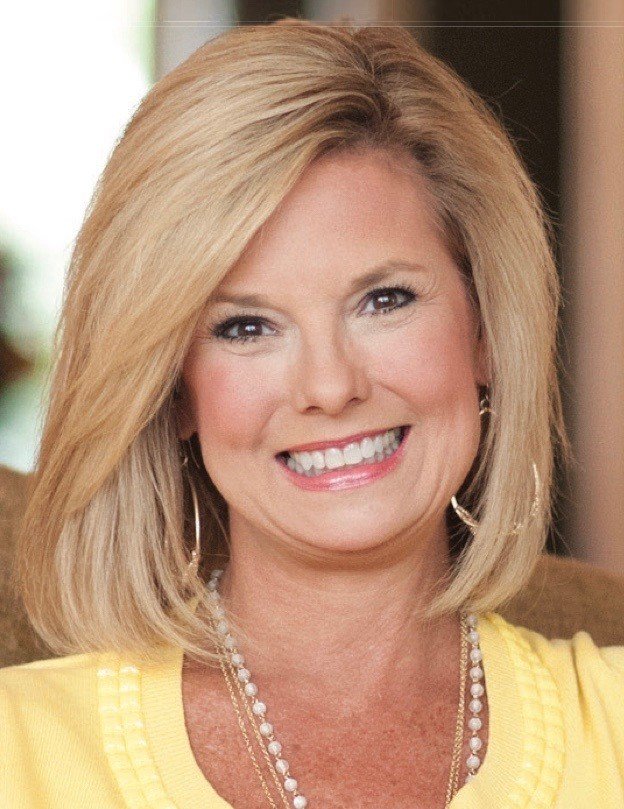 Dorsey Smith, 63, lived her life with a positive attitude, natural beauty, and an uncanny ability to make us smile.

Born in 1956, Dorsey started out in Ohio—but just briefly and not often admittedly. As the third daughter of John Raymond Lynch and Alyce Evelyn Cook, Dorsey was born in Canton, Ohio, but at one year old, moved with her family to Buckhead, Georgia and promptly considered herself an Atlanta-native. Many years later, city-life would give way to island-life; after walking the beaches of Hilton Head Island as a newlywed, there would soon be no other place she would rather call home.

In 1974, Dorsey graduated from Peachtree High School, followed by an education at Valdosta State and Georgia Tech. While attending Peachtree High School, Dorsey, a cheerleader, met Tommy Smith. After turning down a half-dozen of Tommy’s offers, Dorsey finally agreed to a first date in 1973. Inseparable since that day, the two were married on September 4th, 1976. A honeymoon trip to Hilton Head Island was all it took for them to set their sights on the Island… first for vacations, eventually for good.

While still in Atlanta, Dorsey and Tommy welcomed a daughter in 1980, Parker, followed by a son in 1983, Tyler. In the late 1980’s a series of opportunities allowed Tommy and Dorsey to relocate to the Island they had fallen in love with years before. Once on Hilton Head Island, Dorsey and Helen, Tommy’s mother, created Sandcastle Interiors—which was one of the original Interior Design firms in the Lowcountry. Over the course of thirty years, Dorsey and Helen worked locally and across the east coast, creating beautiful spaces for their clients—having fun and forming lasting friendships along the way. Dorsey was an enthusiastic and proud supporter of Sea Pines Montessori Academy and Hilton Head Preparatory School, where Parker and Tyler attended school. For several years, Dorsey chaired the annual Hilton Head Prep Festival of Trees and the annual Hilton Head Prep Jubilee Fundraiser. During the 1990’s Dorsey and Tommy served as chairs of the Hilton Head Cotillion.

In recent years, Dorsey’s greatest pride was her children and her five grandchildren. She and Tommy were fortunate that Parker and Tyler both decided to return to Hilton Head Island to raise their families, allowing Dorsey to have all of her grandchildren by her side. And while her children and grandchildren were her greatest pride, her pets were still her greatest indulgence. Dorsey loved her spoiled-rotten cat Mickey, and had a passion for horses, especially for her Koko, whom she most recently loved and nurtured to old age.

In 2012, the jolting diagnosis of colorectal cancer nearly stopped Dorsey in her tracks. However, after a deep breath and faith in her doctors and courage in herself, she set her sights on health and didn’t look back. Her favorite sport became baffling the logic of the Mayo Clinic oncologists and surgeons. Tommy turned their frequent visits to Jacksonville into special mini-vacations, becoming weekly guests and regulars at the Ponte Vedra Inn and Club during treatments. They were a great team and it was a winning formula – unbelievably— for eight years.

Dorsey often said, “and this too shall pass” reflecting on difficult times, and she was, of course, correct … their good fortune eventually came to an end. Eight years after her initial diagnosis, Dorsey was told she had exhausted all treatment options. So Dorsey did what she did best— she took a deep breath, looked at those around her, and brought light and joy into the everyday of her hospice care workers. They just loved her. As did we all.

Dorsey passed away peacefully at home surrounded by those she loved on January 6, 2020. She was preceded in death by her parents, John and Alyce Lynch and brother-in-law Kenneth Squires. She is survived by her husband of 43 years, Tommy Smith; two children, Parker Paton (Derek) and Tyler Smith (Kelly); five grandchildren, Drew Harrington (13), Sidney Harrington (11), Greyson Smith (6), Paige Paton (4) and Reagan Smith (2);  sisters Diane Squires, Susan Gilliam (Steve) and many nieces and nephews, spouses and children.

Memorial services will be held on Friday, January 17th, 2020 at 2pm with a reception to follow, at Providence Presbyterian Church, 171 Cordillo Parkway, Hilton Head Island, SC.

In lieu of flowers, please honor Dorsey’s request for donations to Hospice Care of the Lowcountry. Islandfuneralhome.com.

Share Your Memory of
Dorsey
Upload Your Memory View All Memories
Be the first to upload a memory!
Share A Memory
Send Flowers