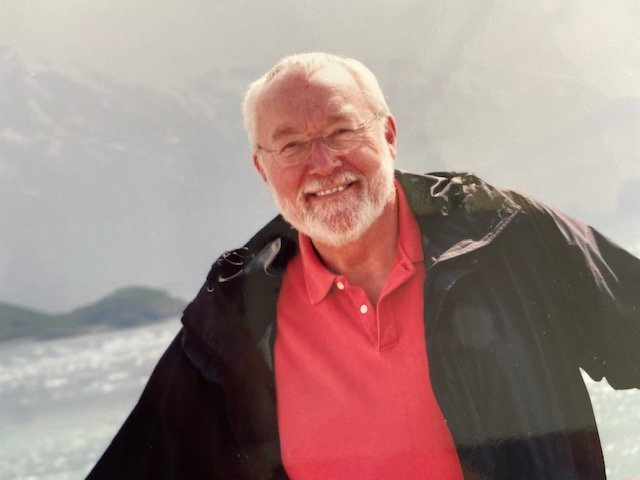 Robert “Bob” Phillips, age 82, died peacefully on June 21, 2021 at The Cypress of Hilton Head Island, SC. He is survived by Judy Phillips, his wife of 58 years, and his daughter Megan (Meg) Phillips and son-in-law Don Sechler of Philadelphia, PA.

Bob loved his work as a psychologist, his family, people of all kinds, and cars.

Bob was born on April 26, 1939 to Blanche Reeve Phillips and Gene R. Phillips in Stevenson, Washington. Bob had fond memories of living with his father’s parents, Bertha and John Riley Phillips, who provided love and stability in his childhood after his parents’ divorce.  He moved many times growing up, finally graduating from Sidney High School in Sidney, Nebraska.  After attending Whitman College and Oregon State University, he obtained his BS in psychology cum laude from the University of Washington in 1961.  He continued his studies in clinical psychology at the University of Washington on a U.S. Public Health Scholarship and earned his Ph.D. in 1965.

He married Judy Higgins, a fellow psychology student at the University of Washington, in 1963. Their only child, Megan, was born in 1969. Throughout her childhood, Bob insisted that Megan was “indulged, not spoiled.” Megan reports that she survived being the only child of two psychologists without any ill effects at all, although she does have some unusual stories.

Bob taught psychology at the University of Minnesota - Minneapolis and later at Wells College in Aurora, NY.  While in NY, he also kept his hand in clinical practice and abnormal psychology by moonlighting in the state prison. He was a talented lecturer and teacher, knowledgeable, irreverent, funny, and relaxed in front of a crowd.  His fondness for saying outrageous things to shock students and faculty, as well as his notorious obsession with cars, earned him the nickname “Crazy Bob” on the Wells campus.

Underneath the mischievous style, however, he maintained a rock-solid commitment to rational thought, science, teaching, an honorable life, and respectful, honest, interested engagement with the people around him. Throughout his life, he was a source of advice on psychology and relationships (and, of course, cars) for everyone in his orbit.  He had both an excellent disposition and a clear-eyed view of the world, a combination that allowed him to be personally upbeat and optimistic when the news was bleak and those around him needed encouragement the most.  He was widely valued for his good judgement and balanced, non-judgemental advice.

In 1980, ready for a change of career and tired of the weather in upstate New York, he moved with Judy and Megan to Concord, North Carolina to become the Chief Psychologist of the Western Command for the NC Department of Corrections.  This was the perfect job for him: it allowed him to combine his love of psychology with his love of cars. Because he had to supervise masters-level prison psychologists all over western NC, he spent much of his time driving - and the rest giving people advice about their work, their lives - and their cars. After a year serving as the Acting Director of Mental Health, Bob retired from his unusual dream job in 2003.

In retirement, Bob continued his love affair with the automobile, adding to his lifetime list of the 89 cars he had owned and the untold thousands of car magazines he had read.  He enjoyed reading newspapers, mysteries, and history, and watching car programs, the Smithsonian channel, and football on TV.  Throughout his life, he loved telling family stories with his brother Mel and cousins at regular summer reunions in Nevada after epic cross-country road trips with Judy and Megan. When Mel became ill, Bob moved him from Nevada to Concord so they could be near a good hospital and be together.  The close relationship with his brother, forged in a difficult childhood, was among the most important in his life.  Mel and Bob delivered Meals on Wheels together in Concord.

As a father, Bob was loving, reliable, playful, and proud. Although he encouraged Megan to be independent and figure things out for herself, he was always available to offer advice and solve problems.  Consistent in all parts of his life, he often expressed his love through cars: shopping for cars, diagnosing car trouble, or dropping everything to drive hundreds of miles to rescue Megan when her car acted up on a long drive home from Chicago.

After years traveling between Concord and their vacation condo in Shipyard, in 2012 Bob and Judy moved full-time to The Cypress of Hilton Head, where he enjoyed having many interesting new people to talk to.

Bob was a wonderful father and husband, a source of love, advice, stability, and mischievous fun.  He will be sorely missed by his family and friends.

A gathering to remember Bob’s life will be held on Saturday, July 31 from 3:00 to 4:30 in The Cypress clubhouse.  In lieu of flowers, donations may be made to Meals on Wheels or the ACLU.

Share Your Memory of
Robert
Upload Your Memory View All Memories
Be the first to upload a memory!
Share A Memory
Plant a Tree