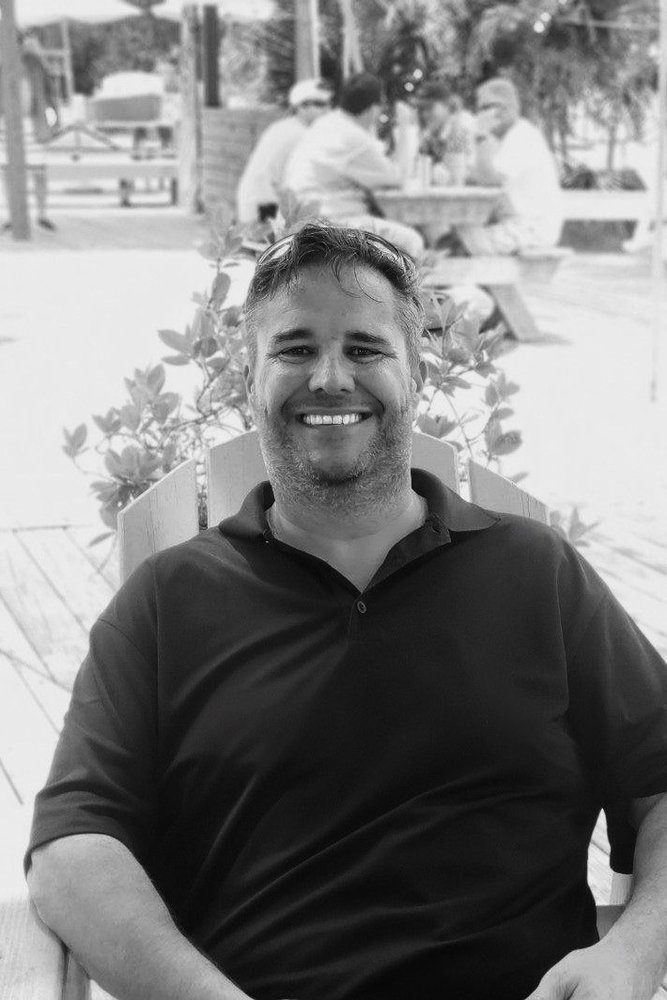 Roland Edward Majors, 46, passed away peacefully on May 16th, 2021 with his family by his side in Hilton Head, South Carolina. Roland was preceded in death by his parents, Richard and Catherine Majors, grandparents Chester and Jane Christie, and William and Noma Majors.

He was born on November 20th, 1974 in Merritt Island, Florida to parents Richard and Catherine Majors. Roland was an avid competitor playing many different sports during his youth, most notably tennis, volleyball, and baseball. Roland enjoyed fishing, hunting, and boating as well.

Roland graduated from Merritt Island High School in 1993. Later, he earned his Bachelor of Science degree in Business Administration as well as earning Master’s degrees in Business Administration and Project Management. Roland was a licensed general contractor and builder in multiple states. He was a passionate, career-driven individual. During his time in South Carolina, he served as the Vice President of Purchasing for RealStar Builders supporting the Hilton Head Lakes division.

Roland was affectionately known by his close family and friends as “Boss Man”. Boss Man was a loving and dedicated husband, father, and friend. His weekends normally consisted of road trips with his girls, and much time spent on the soccer sidelines. When Roland was around, almost anything could become a competition whether it was shooting, cards, or sports. If you ever found yourself spending a day on the skeet course with Boss Man, without a doubt, you would have been outshot. He was an enthusiastic fan of the outdoors and anything having to do with the water. When he wasn’t on the water, you might find him playing a very competitive game of Euchre - oh, how he loved to go alone!

Roland is survived by his wife, Brandy Majors; daughters Haley Majors and Kayhla Reichert; son-in-law Joseph Reichert; granddaughter (soon to have newly arrived) Scarlett Ann Reichert; brother and his spouse, David and Tiffany Majors. In addition, Roland is also survived by an amazing group of extended family members and friends.

A celebration of life service will be held at 2:00 PM on August 7th, 2021 at Skull Creek Dockside Restaurant, 2 Hudson Road, in Hilton Head, South Carolina. Family and friends are welcome to attend the service. Light refreshments will be served during the reception immediately following the service through 5:00 PM.

In lieu of flowers, donations can be made in memory of Roland E. Majors to a private memorial fund. A percentage of funds will be donated to a charity chosen by the family.

Please share your memories and pictures with Roland on legacy.com for family and friends to enjoy for years to come.

Share Your Memory of
Roland
Upload Your Memory View All Memories
Be the first to upload a memory!
Share A Memory
Send Flowers