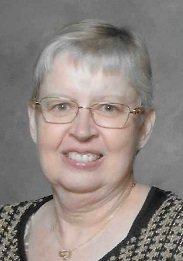 Mrs. Ricker was born on March 12, 1955 in Salem, OH; a daughter of the late Charles Bricker and Margaret (Burson) Bricker.

Marsha was a relatively new resident of Hilton Head Island, SC; grew up in Salem, OH; and spent 30+ years in Annapolis, MD. She was a graduate of Salem High School and Ohio Northern University. She was a retired pharmacist having worked at Salem Drug while in Ohio, and then Nationwide Pharmacy, Neighborcare, Omnicare, and Pharmerica while in Maryland. She was a longtime supporter of youth sports for the Cape St. Claire Rec Council, and a passionate Ohio State football and basketball fan.

Due to the Covid 19 restrictions, no services will be observed at this time. A celebration of life service will be held for Marsha at a future date when all will be able to attend in both Salem, OH and Annapolis, MD.

Share Your Memory of
Marsha
Upload Your Memory View All Memories
Be the first to upload a memory!
Share A Memory
Plant a Tree