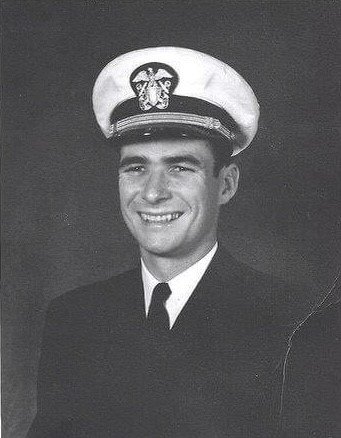 Pete passed away March 20, 2021 in the loving embrace of his family after a short illness. Born a native of Charleston, West Virginia, on February 14, 1932 to parents Cecil R. Adams, Sr. and Jean C. Kennedy, he received his D.D.S. Degree from Temple University after attending Charleston High School and Washington and Lee University. Having graduated Marine Corps Officer Candidate School and transferring to the Naval Reserve, he accepted a commission as a Naval dental officer serving on the USS HOOPER ISLAND and participating in the Enewetak hydrogen bomb tests in the Pacific.

Following his naval career, he completed residencies at Baylor and the Robert B. Green Memorial Hospital in Texas. After that he joined his father in private practice on Virginia Street East, where he remained until retirement in 1990, when he and his wife became full time residents of Hilton Head Island, SC. There, 3 of his great joys included golf, Van Landingham Rotary, where he became a Paul Harris Fellow, and Moss Creek Marines where he could honor his Marine service, his son’s service, and that of all Marines.

He is survived by his wife, Roseanne, children, in-laws and grandchildren: Cortland, Francis, Nancy and Mark, Rachael, Jamie, and Kasi, Mike, Barbie and Scott, Cindy and Bill. He was preceded in death by daughter Leslie, mother Jean, father Big Cease, brother and sister-in-law Russ and Lynn.

He will be remembered for his ready smile, kind nature and openness to all.

Share Your Memory of
Dr. Cecil
Upload Your Memory View All Memories
Be the first to upload a memory!
Share A Memory
Plant a Tree