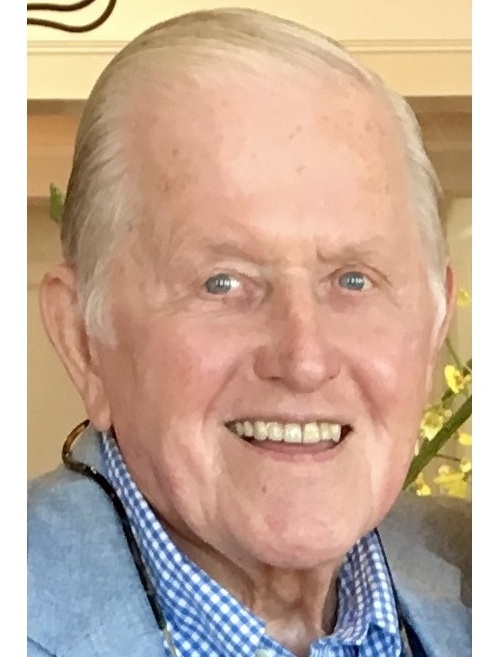 Mr. Frederick Beck Jr., of Hilton Head Island, South Carolina, passed away on March 17th, 2021, peacefully at his home surrounded by the family he adored.

Mr. Beck was born on June 29, 1937 in Ithaca, NY to Dr. Frederick Beck and Anne Morrissey Beck.  He attended Ithaca public schools and graduated from Saranac Lake High School in 1954. He received his B.A. degree from Niagara University in 1960 and a Law Degree from Cornell University in 1963.  He was admitted to the New York State Bar in 1965.

Serving in the Army, he rose to the rank of Captain, stationed at Ft. Benning, GA and Ft. Dix, NJ, as a member of the 392nd Regiment, 98th Division.  After military service, he began his legal career as an attorney for the New York State Electric & Gas Corporation and proudly served as Asst. District Attorney of Tompkins County. Mr. Beck was Lawyers Division Chairman for the United Fund and campaign manager for several local candidates. He later became a partner at the law firm, Thaler and Thaler in Ithaca, NY and retired as Special Counsel to the Commissioner of the New York State Workers Compensation Board, appointed by Governor George Pataki.

Fred was a proud supporter of Cornell University. For over 40 years, he was a season ticket holder of both hockey and football programs. He was also a proud member of Phi Kappa Psi, whereby all accounts he took his position as social chair “very seriously.” He remained a loyal and ardent alumnus of the Cornell Law School by serving as class chair through their 55th reunion.

“Big Fred” as he was affectionately known, was an avid golfer, winning his New York State sectional championship in four consecutive years during high school, lettering for the Cornell University golf team and a member at both the Country Club of Ithaca and Country Club of Hilton Head.  Once he could no longer shoot his age, Fred remained close to the game by working at Sea Pines as a ranger and welcomed visiting golfers to the island as an honorary starter. In particular, Fred wanted to extend a sincere and heartfelt thank you to his colleagues at the Atlantic Dunes & Heron Point golf courses for their care and friendship. He lived his life as he played golf, honest, a great partner and friend, with a big smile and his patented wink.

“Pops” spent his last days reading with his granddaughters, recounting hilarious stories with old friends, spending precious time with his family, and having a cold glass of chardonnay promptly at 5pm. He will be greatly missed as a husband, a brother, a father, a grandfather, and a friend.

Due to the ongoing pandemic, a memorial service will be held at a later date.

Share Your Memory of
Frederick
Upload Your Memory View All Memories
Be the first to upload a memory!
Share A Memory
Send Flowers