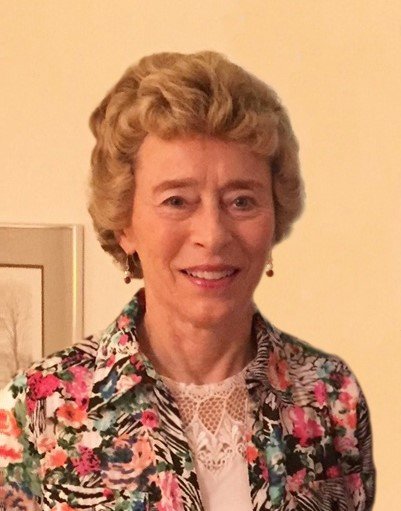 Mary Buchanan Pratt, age 80, of Hilton Head, SC, passed away on Friday, March 19, 2021, at her residence after a brave battle with cancer.

Mary was born on Christmas Day 1940 to the late Preston Littleton Buchanan and Margaret Bonham Buchanan in Bristol, VA.  In addition to her parents, Mary was also preceded in death by her sister, Rachel Bonham Buchanan and by her brother, Charles Claiborne Buchanan, U.S. Marine Lance Corporal, who was a casualty of the Vietnam War.

Mary grew up in Bristol, VA, and upon graduation from Bristol Virginia High School, attended Emory and Henry College in Emory, VA, where she met Henry Gilbert Pratt, III.  The two were married at the campus chapel on September 8, 1963.  They moved to Arlington, VA, where their son, Henry Gilbert “Skip” Pratt, IV was raised.  They moved permanently to Hilton Head Island, SC in 1991 to enjoy the beauty of the Lowcountry, golf, and boating.  Mary was a member of the Coast Guard Auxiliary – the uniformed civilian volunteer component of the United States Coast Guard – from 1964 until her death.  When Henry was National Commodore of the Auxiliary in 1989 and 1990, Mary served as the organization’s First Lady. Because of her love for golf, Mary volunteered as a walking scorer for the Heritage Golf Tournament held at Harbour Town Golf Links for over thirty years.

Mary enjoyed travel with family members and friends; at home she liked spending time doing needlework, word puzzles, and listening to music.  It was important to her to spend time daily in prayer and Bible study.  Mary was warm and engaging; she was genuinely interested in the people she met and loved hearing their stories.  She will be remembered for her interest in and care for others.

A private committal service will be held at Holston Conference Cemetery in Emory, VA with the Rev. David Jackson officiating.

In lieu of flowers, memorial contributions may be made to the Hospice of the Lowcountry, P.O. Box 3827, Bluffton, SC 29910.

Share Your Memory of
Mary
Upload Your Memory View All Memories
Be the first to upload a memory!
Share A Memory
Send Flowers