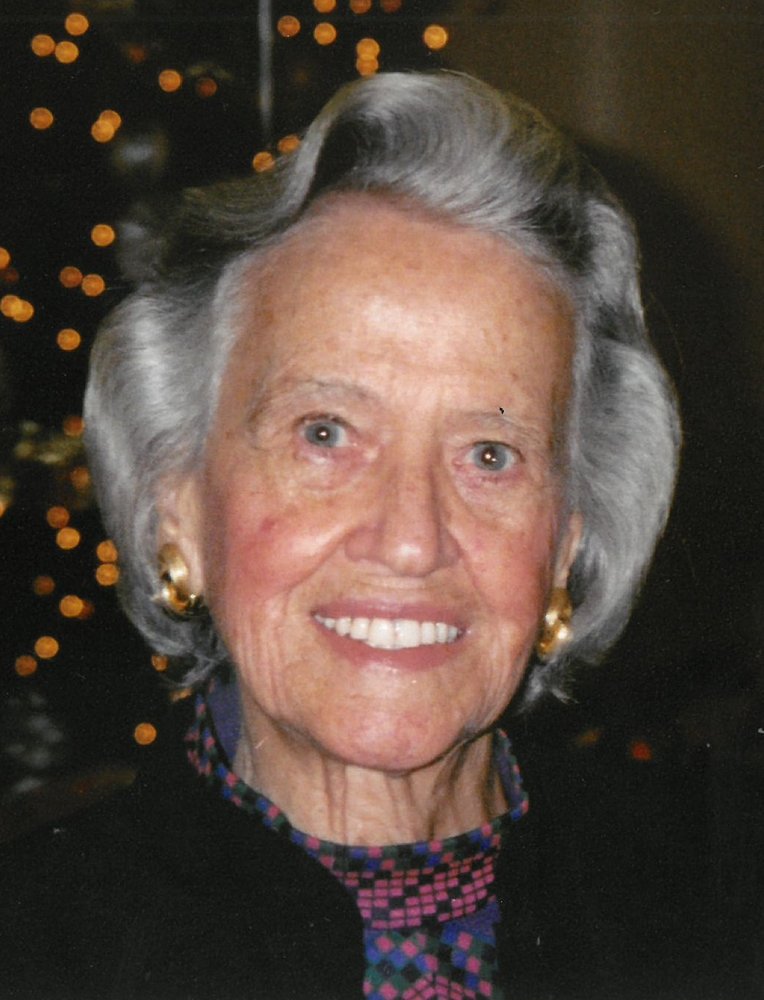 Catherine Perry Baldwin (Kay), age 101, died peacefully at Broad Creek Care Center on October 8, 2020.  She was born on June 12, 1919 to the late Era Z. Perry and Bessie R. Perry in Granville, Ohio. As the youngest of five children, she was surrounded with love. She attended the Granville public schools where she developed a passion for education at an early age. She went on to Ohio University, graduating with a degree in education.

During her college years, Kay was a member of Alpha Xi Delta sorority, President of the Women's League, and an avid tennis player.  At the end of her freshman year, she was introduced to William H. Baldwin Jr. who later became her husband. They dated throughout college and, after graduation, he entered the U.S. Army and she began teaching at an elementary school in Worthington, Ohio. In December of 1944, they married while he was on a 30-day leave. After his discharge in 1946, the couple made their home in Livingston, New Jersey where they raised their children. Kay resumed her teaching career in Livingston and was known as a pioneer in the field of learning disabilities and the children's advocate for proper placement.

Upon retirement, Kay relocated to Hilton Head Island in 1982. She was an active member of St. Andrew-by-the-Sea United Methodist Church and the Greenwood Forest Garden Club. She also served as a volunteer for 15 years at the Life Care Center where she would play the piano and serve coffee and her homemade baked goods to the residents. She and her husband often modeled for brochures and articles promoting area communities and businesses, including the Hilton Head Island-Bluffton Chamber of Commerce.

Beyond her care and concern for others, Kay will be remembered for the love she gave to her family. She treasured family time and enjoyed telling stories of her childhood and the many college experiences she shared with Bill. Their marriage was often referred to as a "Great American Love Story" for they shared true happiness despite facing many challenges. She was also an exceptional baker, best known for her cinnamon rolls and oatmeal cookies.

Kay was predeceased by her husband, Bill, and their son, Richard T. Baldwin. Survivors include her son, William W. Baldwin and his wife, Lisa, of Estill, SC; daughter, Ann B. Castagnola and her husband, Frederick L. Castagnola of Bay Head, NJ; grandsons, Blake Baldwin and his wife, Katie, of Greenville, SC, Brock Baldwin of Charlotte, NC, Todd DePetris and his wife, Laureen, of Miller Place, NY, and Michael Castagnola of Baltimore, MD. She is also survived by two great-grandchildren, Valentina and Dominic of Miller Place, NY.

A family memorial service will be held at a later date due to Covid-19. In lieu of flowers, contributions may be made to Hospice Care of the Lowcountry, PO Box 3827, Bluffton, SC 29910 or to the charity of your choice.

Share Your Memory of
Catherine
Upload Your Memory View All Memories
Be the first to upload a memory!
Share A Memory
Send Flowers