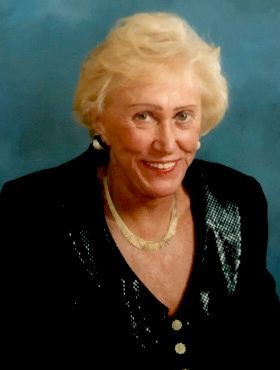 She was born on February 20, 1929 in Enschede, Netherlands to Hendrik TenKate and Engelina TenKate. She had one sibling, Beno TenKate (deceased).

Ms.TenKate was educated in her homeland and graduated from the University of Amsterdam with a Law Degree. From there, she worked for IBM, Holland.

In the 1960’s, Ms. TenKate emigrated to the United States, and studied for and received a Graduate Degree in International Relations from Cornell University, NY. She then worked for Corning Glass Works and succeeded that with employment at John Hancock of Boston. In 1970 she moved to Kidder Peabody, a stockbrokerage house and became a Vice President. She pioneered in her endeavors with that firm and became the first woman stockbroker in Boston, where she stayed for six years. She then moved over to Travelers, which became Smith Barney, and continued her career there until her retirement to Hilton Head Island in 2000.

Ms. TenKate was an accomplished pianist and she was lover of opera and classical music, traveling the world over to attend and hear concerts and shows of the operas and music she loved.

She leaves a niece, Heleen Kropholler of Amsterdam, Netherlands; a cousin, Hanneke Greenway, of London, U.K. and many extended family members around the world.

Services will be held at a later date.

Share Your Memory of
Irma
Upload Your Memory View All Memories
Be the first to upload a memory!
Share A Memory
Plant a Tree