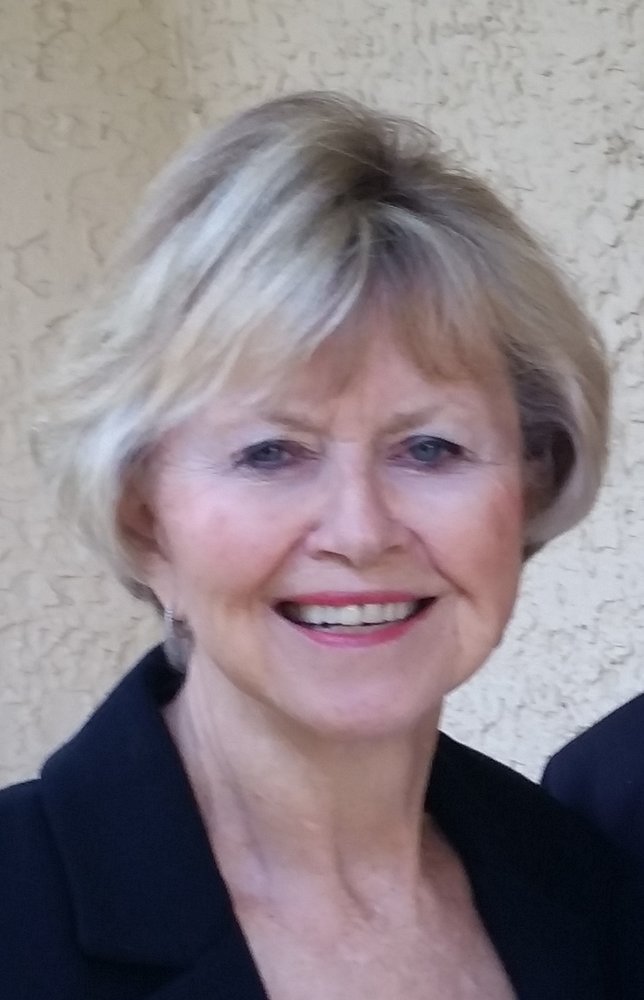 Rita G. Hungate, wife of Stephen J. Alfred and resident of Hilton Head Island, passed away on September 5, two days before her 79th birthday, from sudden cardiac arrest. She is survived by her 102-year old mother, Edith Gyakum of Springfield, VA; her son, Joey Hungate (Anne) of Apex, NC; her daughter, Kara Hungate of Cleveland Heights, OH; her brother, John R. Gyakum (Carol) of Montreal, Quebec, Canada; her granddaughters Molly and Maggie Hungate of Apex, NC, as well as her husband, Steve. She is also survived by Steve’s children, Debbie Monson, Bruce Alfred, and Julie Sullivan, and his grandchildren, Jenny, Jeff, and Hannah Monson; Kelsey and Bryce Howe; Susannah, Sophie, Maya, and Leo Alfred; and Abe and Sara Sullivan. She was predeceased by her father, John M. Gyakum, and Steve’s daughter, Lynda Alfred.

Rita was born in rural Hampton County, VA, attended public schools as well as nursing school in Alexandria, VA; and graduated with a Bachelor of Science in Nursing from the University of California, San Francisco. In 1965, she married Joseph W. Hungate and a year later moved to Shaker Heights, OH, where her husband began his law practice in Cleveland. After several years as a practicing nurse in the Northeast Ohio area and raising her two children, she decided at the age of 39 to become a doctor and started medical school at Case Western Reserve University in Cleveland. Thereafter, following several years of general medical practice in urgent care facilities and elsewhere, she began a residency in radiology at the Cleveland Clinic at the age of 50. Her first radiology employment began five years later in Atlanta, where she married her husband, Steve, in 1997. Later, they moved to Peoria, IL, where she was a partner in the largest radiology practice in the State of Illinois for 14 years, retiring in 2014. She also simultaneously served as a board member and medical director of a nearby hospital.

Following her retirement, Rita and Steve moved to Hilton Head Island, where they had owned a condo since 2002, and where both had separately vacationed since the late 1960s. Rita served on the boards of the Hospice of the Lowcountry and Christ Lutheran Church Pre-School. Most recently, she served on the Church Council at Christ Lutheran Church, where she was extremely active and had many friends. She also volunteered at the Arts Center of Coastal Carolina and the Sea Pines Country Club, as well as participating in several book clubs. Her greatest love, after her granddaughters (with whom she took several trips to New York and Europe) and her children, was exercise. Until a few weeks ago, she was spending several hours per day swimming laps at the Sea Pines Country Club pool or walking its neighborhoods. She also cherished her close friends, with whom she was a thoughtful listener and astute advisor.

She was dearly loved by her family and her friends for her kind and generous nature and will be sorely missed.

Graveside services will be held on Thursday, September 17, at 10 am at Six Oaks Cemetery in Sea Pines and will be streamed live on Facebook by Island Funeral Homes. Contributions in her memory may be made to Christ Lutheran Church, 829 Wm. Hilton Parkway, or the Arts Center of Coastal Carolina, 14 Shelter Cove Lane, each on Hilton Head Island, SC 29928.

Share Your Memory of
Rita
Upload Your Memory View All Memories
Be the first to upload a memory!
Share A Memory
Plant a Tree