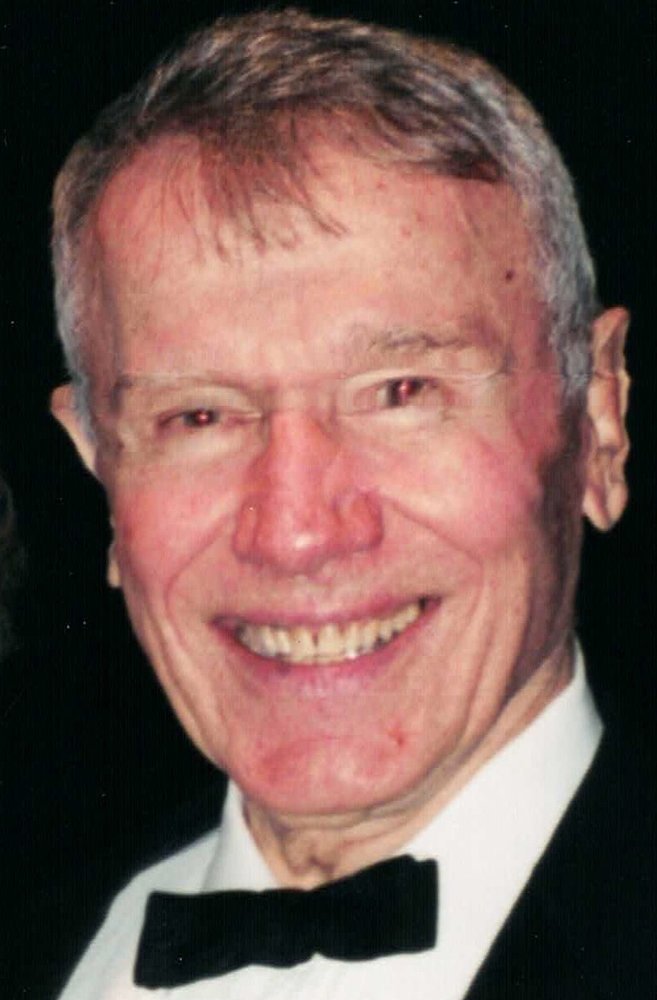 Emil Alexander Sagan, 97, passed peacefully surrounded in love by his family both near and across the country on July 28, 2020. A 35-year resident of Hilton Head Island, Mr. Sagan was a volunteer at Beaufort-Jasper Academy for Career Excellence, member of the Knights of Columbus, active in the Palmetto Electric Company and the Retired Officers Association, a member of the ROMEOS, an avid tennis player, golfer, and enthusiastic armchair quarterback for the Pittsburgh Steelers.

Born in Springdale, PA on March 20, 1923, Emil attended the Carnegie Institute of Technology (now CMU). He graduated early with a major in Electrical Engineering in order to join the US Navy in 1943.  He completed further education at Princeton University, Northeastern University and MIT before shipping out to the Philippines, where he served in WWII.

In 1945 Mr. Sagan began his 40-year career with the Westinghouse Electric Corporation. His long service with Westinghouse took him across the world, working in Boston, MA, New York, NY, Pittsburgh, PA and Osaka, Japan. During those years he transitioned from electrical engineering to the field of nuclear engineering and was the project manager for the Takayama nuclear plant near Osaka as well as additional plants in South Korea, Sweden and Yugoslavia.

The Sagan’s raised their 5 children in Boston, MA, Chatham, NJ and finally settled in Mt. Lebanon, PA, where they lived for more than 20 years. Emil and his wife Margaret retired to Hilton Head in 1985 and were joined there each year by their large extended family for summers spent between Myrtle Warbler Lane and Dolphin Head Beach and Thanksgiving dinner celebrations at The Country Club of Hilton Head.

Emil was a devoted alumnus of CMU, sponsoring many students over the years and forming enduring friendships. He was a lifelong student, always eager to learn something new and put his skills to use. He was well into his 80’s when he helped his son-in-law Robert build a helicopter from the bolts up and take it to flight.

He was adored by his many grandchildren who will never forget how to draw a schematic or plan for a science fair, will always know the comfort of a good college sweatshirt, the power of old-fashioned textbooks, the utility of a shoehorn and hold an appreciation for milkshakes, pinwheel cookies and baked beans.

A private service will precede Mr. Sagan’s interment at his wife’s side in the St. Francis By the Sea Columbarium.

Share Your Memory of
Emil
Upload Your Memory View All Memories
Be the first to upload a memory!
Share A Memory
Plant a Tree