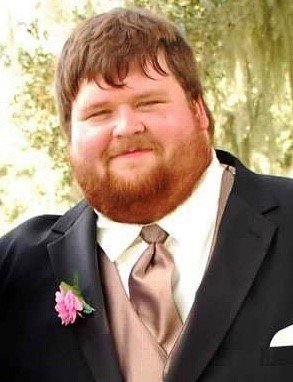 Justin was born on April 11th, in Conway, South Carolina to Scott Roberts and Margaret “Lisa” Roberts. As a child he moved to Beaufort, South Carolina where he would grow up with his sister Caitlin. Shortly after graduating Battery Creek High School he’d move to Edison, New Jersey to pursue a job at Rogers Electric. After sometime he moved back and was working at DeCa on Parris Island. He was also a gifted guitarist who would make videos on YouTube from time to time so that he could share his passion with others. He was a loving son, a brother, and a friend who shall be remembered. He laughed easily and gave that laughter to all that knew him. He was the kind of person you talk to once, and consider a friend for life.

“Don’t let your dreams be dreams..”

Services to release his ashes on Hunting Island will be held sometime in the fall.

He will fondly be remembered by the music he left us on his YouTube channel:

Share Your Memory of
Justin
Upload Your Memory View All Memories
Be the first to upload a memory!
Share A Memory
Plant a Tree