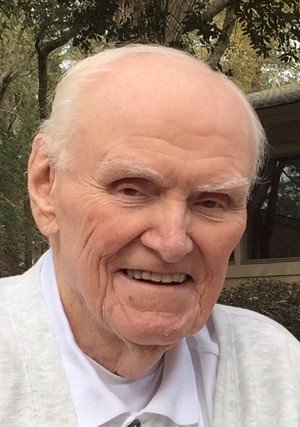 John was born in Rock Island, IL, January 5, 1932, the son of the late John Murray and Cathryn McCarthy Connors. He was a graduate of Bradley University.  His career was spent working for Philips/Magnavox and prior to that for the Department of Defense. John was a four-year veteran with the US Air Force.

John moved to Hilton Head Island In 1994 having previously lived in Peoria, LaGrange, and Urbana, IL, Arlington and Leesburg, VA. and Fort Wayne, IN. He was a member of St Francis by the Sea Catholic Church. In his retirement he worked as a starter/ranger at Moss Creek.  John fully enjoyed being with family, friends, neighbors and never met a stranger he didn’t like always conversing, caring and enjoying life with a laugh and smile.

Due to Covid 19, a private Mass of Christian Burial will be held at St. Francis by the Sea for the family.

In lieu of flowers, donations can be made to the Margaret Connors Asher scholarship fund at Alamance Community College at https://accfoundation.com/ways-to-give or to Pregnancy Center & Clinic of the Low Country, 1 Cardinal Road, Suites 1-2, Hilton Head Island, SC, 29926.

Share Your Memory of
John
Upload Your Memory View All Memories
Be the first to upload a memory!
Share A Memory
Plant a Tree