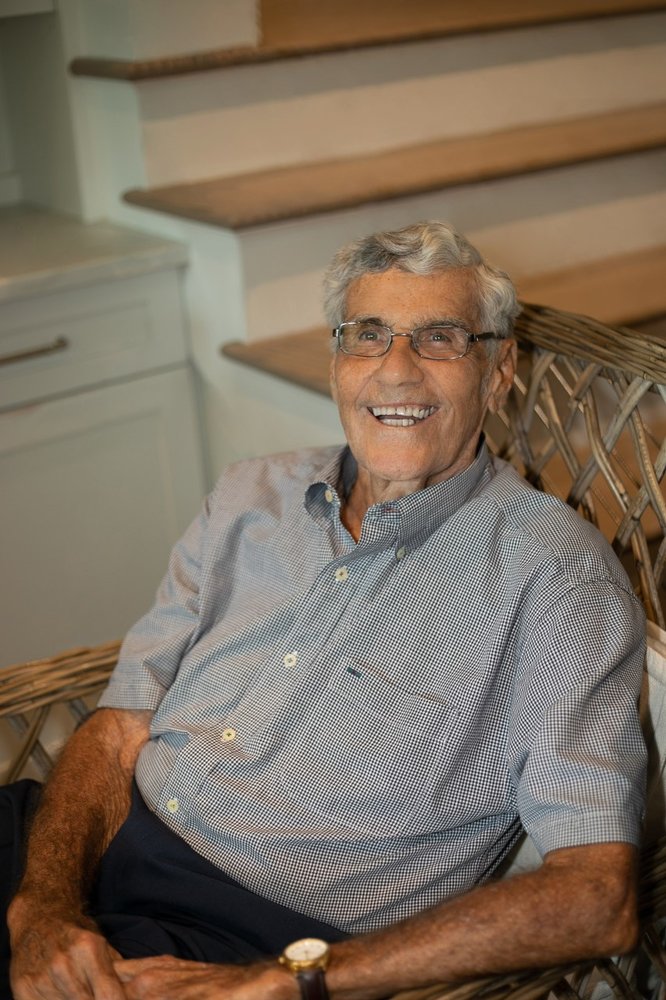 Our world has lost a kind and humble man.

Kenneth R. Burnett, age 87, died on April 24, 2020 at the Fraser Health Center (part of The Seabrook of Hilton Head).  Ken and his wife of 60 years, Nancy, have been living in South Carolina the past six years.

Ken grew up in Lynchburg, Virginia and was a star athlete in both high school and college.  He earned All-State Team honors while attending E.C. Glass High School in football and basketball.  During his senior year, he was the top scorer in high school for the state of Virginia in basketball. At Lynchburg College (now the University of Lynchburg) he lettered in track, basketball and tennis.  It was at Lynchburg where he met his future wife, Nancy.

In 1962 Ken was hired by the City of Falls Church in Virginia as its first Director of Recreation and Parks.  Under his steady leadership he guided the Department through its initial growth, program development, and expansion that has so successfully served residents of all ages from young children to seniors.

Ken was largely responsible for construction of the Falls Church Community Center which was completed in 1968. The “Center” quickly became a hub for the City and broader surrounding community.  In 2014 it was renamed the Kenneth R. Burnett Building.

Ken was responsible for the development of a year-round sports program for participants of all ages, a year-round hobby class program, the Senior Center, the restoration and opening of the Cherry Hill Farmhouse Museum & Barn, several parks and recreational facilities, a bus trip program, the Farmer's Market, and several annual events.  Many of the special events he initiated became cornerstones of the Falls Church City social calendar. Some of these are still the largest and most popular annual events the City hosts today, including both the Memorial Day Parade and Festival and the Fall Festival. During his long career of 28 years, he was a beloved figure in the City and served as a role model and mentor to countless young people.

In 2005 the City of Falls Church honored his achievements by making him the Grand Marshal of the Annual Memorial Day Parade.

Ken was the son of Harry Moulton Burnett and Lucile Mary Bowyer Burnett.  His two sisters, Doris and his twin, Katherine, preceded him in death as did his beloved son, Jeff.  Ken has two nephews, Terrell Sharp (Robin) of Charlotte, NC and Greg Newman (Diane) of Madison Heights, VA.  Along with his wife Nancy, he is survived by his son Bob (Susan) of Washington, DC; daughter-in-law Ingrid of Denver; CO; and grandchildren Thomas, Jenna, Emily and Grace.

Services will be held in Falls Church at a later date.  Ken had wonderful care at the Fraser Health Center and the family would like to thank all the employees who cared for him.

If you would like to make a contribution in Ken’s name, please send it to the Chiles-Burnett Scholarship at the University of Lynchburg.  The address is Office of Advancement 1501 Lakeside Drive Lynchburg, VA 24501 - 3113.  Also, contributions may be made to The Seabrook Foundation 300 Woodhaven Drive Hilton Head Island, SC 29928.

Share Your Memory of
Kenneth
Upload Your Memory View All Memories
Be the first to upload a memory!
Share A Memory
Send Flowers