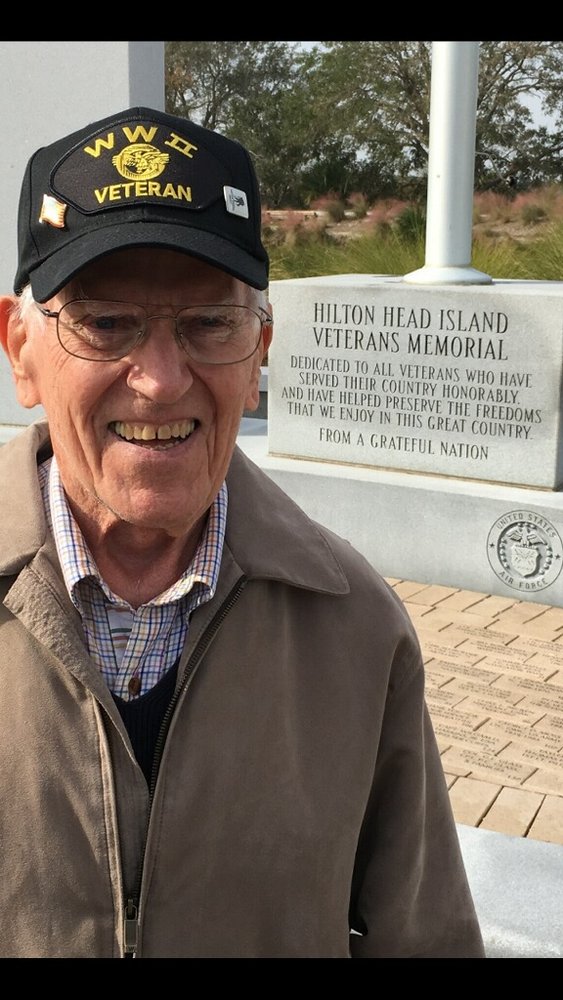 Born on December 15, 1926 in Pittsburgh, PA to the late Thomas R. and Marie Antonette Young, Jack grew up in Pittsburgh with his late sister, Mary (Young) Davis, and his late brother, Thomas Jr. He studied at St. Mary's Seminary, in North East, PA, during his middle and early high school years, but returned to Pittsburgh to finish school at Central Catholic High School. He enlisted in the Army and served as an Infantryman for two years during World War II. Upon his return, he attended the University of Pittsburgh, where he met Marilyn, the love of his life, at a St. Patrick’s Day party in 1947. They married in 1949, and he completed his degree in Economics. He worked in sales for much of his early career and went on to hold many managerial positions in several companies. He retired from Uniroyal’s American Footwear Division.

He and Marilyn moved to Hilton Head in 1984, where he became an active member of St. Francis by the Sea Catholic Church, lectoring, altar serving, and volunteering. He was on the Christian Service and Justice Committee for 16 years and on parish council for 3 years. He also volunteered at a variety of Island charities: The Pregnancy Center & Clinic of the Low Country as a member of their speakers’ bureau; Hilton Head Citizens for Life as an active member; The Deep Well Project as a 9-year board member and past president; Strive as a 3-year mentor and volunteer; and the Island Interfaith Council as a member. In 1999, he wrote a short history of St. Francis by the Sea Catholic Church.

He joined the Palmetto Dunes Club, where he liked to play tennis and was an avid golfer, and served on the Board of Governors of the Hilton Head Senior Men’s Golf Association. He loved going out to lunch with his buddies as well as biking with Marilyn around the plantation and on the beach. He also loved to travel, and he and Marilyn visited all 50 states as well the Caribbean Islands and almost all of Europe.  His favorite country was Ireland.

A Mass of Christian Burial will be celebrated Saturday, February 29 at 10:30 am at St. Francis by the Sea Catholic Church, Hilton Head Island.

In lieu of flowers, memorial contributions may be made to Hospice Care of the Lowcountry, www.hospicecarelc.org or Pregnancy Center & Clinic of the Low Country, www.pregnancycenterhhi.org.

Share Your Memory of
Jack
Upload Your Memory View All Memories
Be the first to upload a memory!
Share A Memory
Send Flowers