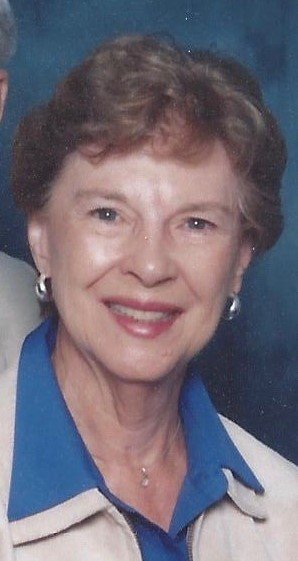 Marian Alice Kissel Jackson, 86, of Hilton Head Island passed away peacefully at Broad Creek Care Center on Tuesday, December 24, 2019 with her loving husband, Roger by her side.

She was born April 19, 1933, in Cincinnati, Ohio to Lester and Florence Kissel.  She grew up in Cincinnati where she was active in many high school organizations including the cheerleading squad.  Marian attended the University of Cincinnati and subsequently worked as a secretary at Proctor and Gamble and as the personnel manager at Valco, Inc.  Marian was particularly proud of her work developing recipes for the Kroger Company.  She loved to create and try new recipes, much to the delight of family and friends!

Marian is survived by her husband of 23 years, Earl Rogers Jackson, a Hanover College graduate from Madison, Indiana.  They moved to Long Cove Plantation from Cincinnati, Ohio in 1998, where Marian honed her golf skills and nurtured her passion for playing Bridge. They have resided at Tide Pointe for the last two years.  Both Roger and Marian were very active in programs supporting children and adults with developmental disabilities while living in Cincinnati.  Upon arrival on Hilton Head Island, Marian and Roger became members and Stephen Ministers at St. Andrews by the Sea United Methodist Church.

Family and friends are invited to celebrate her life at a memorial service at St. Andrew by the Sea United Methodist Church, 20 Pope Avenue, Hilton Head Island, South Carolina on Monday, January 20, 2020 at 2:00 PM.

Expressions of sympathy may take the form of donations to St. Andrew by the Sea United Methodist Church or to one’s favorite charity.

Arrangements are being made by The Island Funeral Home and Crematory.  Islandfuneralhome.com.