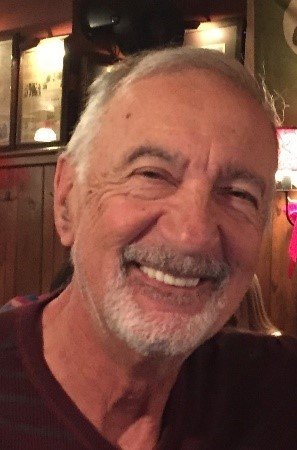 Obituary of Christos I. Grigoriou

Chris Grigoriou, 80, of Hilton Head Island has taken his eternal flight and has gone West. Chris passed away January 4, 2020. He was born December 1, 1939 in Xanthi, Greece to the late Iraklis and Chrysanthe Grigoriou. In addition to his wife, Cathy, he is survived by his daughters Terri Fabbrini (Joe) of Fort Myers, FL; Nikki Nadreau of St Louis, MO; and Tina Keough (Brian) of Berkeley Heights, NJ; grandchildren Alexis, Niko, and JP Nadreau; Lily Fabbrini; Owen and Gavin Keough. He is also survived by his brother Mike Grigoriou (Pat) of Bluffton, SC; two nieces and a nephew  Chris was a successful entrepreneur who had a passion for flying. He flew many different types of aircraft, and you could often find him in the air in his free time. He also enjoyed playing golf, tennis, skiing, riding his Harley, and traveling.

Visitation will be Friday, January 10, from 10am – 12pm. At 12pm will be a Greek Orthodox funeral service celebrated by Father John A. Caparisos at The Island Funeral Home. Burial will be at Six Oaks Cemetery, Sea Pines, following the service.

Chris served in the United States Army. In lieu of flowers, please consider a donation to Honor Flight, whose mission is to fly America’s veterans to Washington, D.C. to visit the memorials.

Share Your Memory of
Christos
Upload Your Memory View All Memories
Be the first to upload a memory!
Share A Memory
Send Flowers