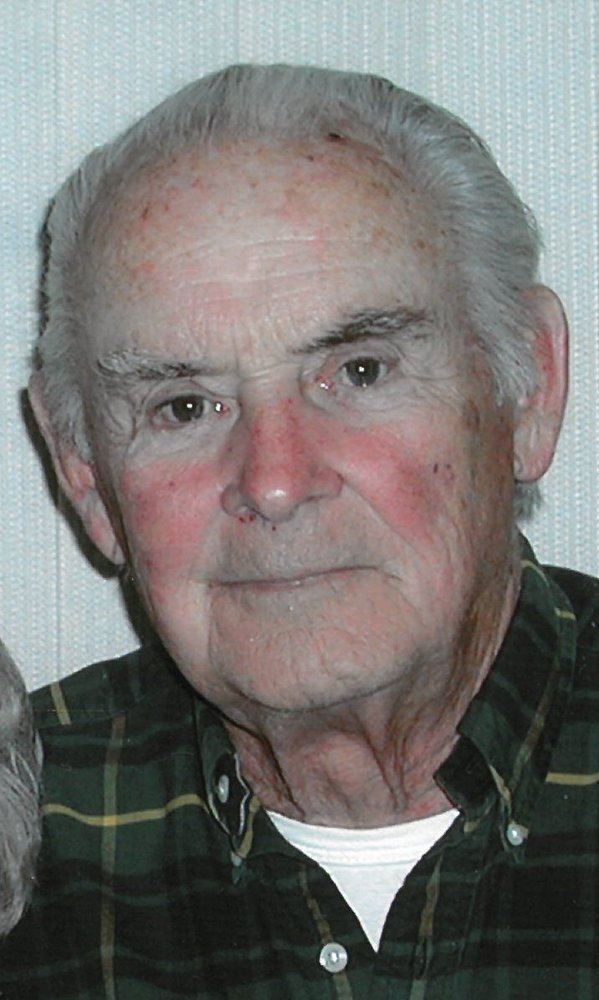 David (Dave) McCandless, 93, was a resident of Hilton Head Island, SC left our world to be with his Saviour.  Dave was born in Dormont, Pittsburgh, PA to Charles Henry (Harry) and Mary Bruno Orr McCandless.  He married Evalyn (Evie) Dart McCandless on February 12, 1949, almost 71 years ago. Preceding him in death are his two older brothers, Harry and Jack McCandless and two of their children, Lynn Ann and Mark Stuart McCandless.  He leaves his widow, Evie, their son Jeffrey David McCandless, daughter-in-law Debbie and grandchildren, Erica, Jeffrey, Jr. and Cheri.  Other surviving relatives are the children of his late brothers.

Dave proudly served his country in WWII.  He joined the Army Air Corp in 1943 and was a radar technician serving in Italy in the 12th Air Force command.  His duties were to take care of radar equipment in C47 transport planes.  The C47 transports flew supplies to partisans behind enemy German lines.  Dave was also stationed in Trinidad and then Fort Dix, N.J.  One of Dave’s most famous ‘war stories’ happened at Fort Dix and involved a German POW named Wolfgang.  Wolfgang and Dave were the same age and they had become friends.  One night, Wolfgang, dressed and disguised in Dave’s uniform went with Dave ‘out on the town.’  They went out to dinner and then dancing, sneaking back into camp later that night.  In retrospect Dave wrote, “On looking back, what I did could have resulted in prison – foolish me.”   Fortunately, they were able to return to the base without incident.

Colleges were filling up after the war.  Dave was accepted at Westminster College, New Wilmington, PA for his dental preparation and with the GI Bill of Rights, he graduated from the University of Pittsburgh Dental School.  Being proud of his son seeking a profession, Dave’s father wanted him to succeed in the required dexterity test for dental school.  Night after night Dave would see his father sharpening the carving knife to a razor’s edge so Dave could practice. His carving was successful and Dave was accepted into Pitt Dental School.

It was at Westminster College where Dave met the love of his life, Evalyn Dart.  Their courtship became more serious when he transferred to the University of Pittsburgh. Evie graduated early from Westminster College in January 1949 and they were married on February 12 of that same year in Evie’s hometown, Greenville, PA.

They made their home in Upper St. Clair, Pittsburgh, PA where they raised their three children.  He will be remembered for sharing their home with a Hungarian refugee in 1957-60.  Hospitality and sharing was his gift to life. The family enjoyed their summer home on Deep Creek Lake, MD and golfing at St. Clair Country Club where he served as President in 1973-74. The family also learned to snow ski together.  Many memories were made at son, Mark’s cabin in the Pocono Mountains.  Dave restored antique automobiles, collected and refinished dental cabinets which he gave away to friends and family.  He also enjoyed cards, books and movies.

In 1994, Dave and Evie moved to Hilton Head Island, joining their son, Jeff and his family.   When reflecting on his life Dave said, “Over the years, the Lord has dealt me wonderful hands of cards.  I may not have played them all to perfection but over all I’m a real winner.  Thank you Lord.”   He cared deeply for his family and listening to grandchildren tell him their plans and achievements.  He will be missed.