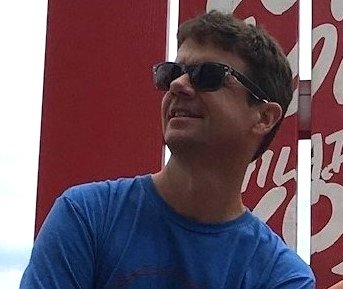 Gregory C. Benson, formerly of Downingtown, PA, and most recently of Hilton Head Island, SC, passed away at age 51 on Tuesday, May 14, 2019, after a courageous 14-month battle with glioblastoma.

He was the beloved husband of Lisa Kathleen Wiley Benson, with whom he shared over 25 years of marriage, and a devoted father to his two sons, Cameron Chadwick Benson and Cole Henry Benson.

Born on March 3, 1968 in Wynnewood, PA, he was the son of the late R. Geoffrey Benson Sr., and Mabel Chadwick Benson of West Chester, PA.

Greg graduated from West Chester East High School in 1986. He briefly attended Pennsylvania State University where he was a member of the Alpha Chi Rho Fraternity. He would go on to receive his bachelor’s degree in Education from West Chester University in 1995 and his Juris Doctor degree from the Widener University School of Law in 2008.

Greg’s passions included his family, friends, Philadelphia sports teams, and coaching youth lacrosse. Greg was also a lover of music and avid runner, participating in several half marathons and races up to and including a few months prior to his passing. Described by those who knew him as “one of the good guys,” Greg’s ability to make people smile, laugh and feel at ease will be missed most.

Greg and his family spent summer vacations in Hilton Head, where they fell in love with "beach life" and the South Carolina Low Country and eventually moved there in December 2017.

Memorial contributions can be made in Greg’s honor to any one of the following organizations: US Lacrosse www.uslacrosse.org/foundation, the Main Line Animal Rescue www.mlar.org/donate , and the American Brain Tumor Association www.abta.org.  islandfuneralhome.com

Share Your Memory of
Gregory
Upload Your Memory View All Memories
Be the first to upload a memory!
Share A Memory
Send Flowers