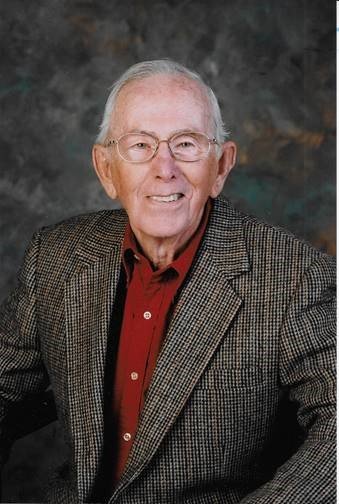 Anton J. Wichmann, 93, of Hilton Head Island, died Monday, April 29 in his home surrounded by his loving daughter and daughter-in-law.

Born in Indianapolis, Indiana, he was the son of the late Anton Joseph and Carla Derleth Wichmann.  He was a graduate of Butler University and earned a Master of Science in Education from the University of Wisconsin – Whitewater.  He was a veteran of World War II and received two bronze Battle Stars. He was a farmer and a professor at Gateway Technical College.  He was an avid gardener and woodworker.

Services will be private.

Condolences may be expressed at IslandFuneralHome.com

Share Your Memory of
Anton
Upload Your Memory View All Memories
Be the first to upload a memory!
Share A Memory
Send Flowers