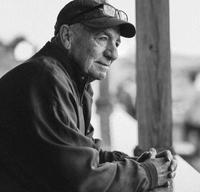 He was truly one of a kind.

But most of all, he was a best friend and the most incredible Dad.

James E. Weldon, Jr. was born on August 1, 1952, in LaGrange, Georgia to James E. Weldon, Sr. and Ann Adams Weldon. He graduated from LaGrange High School in 1970, and from Auburn University in 1974 where he earned his degree in history. While at Auburn he was a member of the Auburn Golf Team Letterman Club. He was a member of The Kappa Alpha Order, Nu Chapter, where he served as social chairman.

In 1986, Jim turned pro and played in the European Golf Tour in Spain, France, Sweden, then the Safari Tour in Kenya, Zimbabwe, Zambia, Nigeria, and Ivory Coast. Two highlights were playing the Old Course at St. Andrews and earning a spot in the 115th Open Championship (the British Open) qualifying round in Turnberry, Scotland. He met golfers from all over the world and stayed in touch with them for years.

Jim was a great golfer, but an even better Little League coach at Buckhead Baseball. He loved when his Dodgers won, but was most excited when his weakest player got a hit or caught a fly ball. He followed many of his players as they advanced to high school and college ball, even travelled to watch them play.

Jim was an entrepreneur, through and through. His most brilliant idea, a cable channel dedicated solely to golf, sounded like such an unattainable goal when he trademarked the name, “The Golf Channel.” He was in the final stages of negotiating with the European Golf Tour when Arnold Palmer and a cable operator heard about his plans and rushed to beat him to the punch. A few years later Arthur Andersen, one of the “Big Five” accounting firms at the time, chose to fund a new software system Jim and a partner co-created. He also started a YouTube Channel dedicated to youth sports, producing hundreds of videos creating awareness for positive training techniques and preventing injuries.

All work aside, family came before anything else. Jim believed in having breakfast together every single morning, celebrating all birthdays, saying “I love you!” at the end of each phone call, and of course, eating Popeye’s chicken every Sunday after church. His positivity was the beacon of his family.

Jim passed away on May 13, 2021. He is survived by his beloved Lisa, sons Witt and Trey, daughter Emma and son-in-law John Cox, sister Martha and brother-in-law Tom Pirkle, sister-in-law Michele Stapleton, and his much-loved extended family.

In lieu of flowers, donations may be made to: First Tee of Troup County, a non-profit youth organization introducing golf and its inherent values. Mailing address: 1220 Lafayette Pkwy, LaGrange, GA 30241, or contact Michelle Griffith at (706) 883-1655.

A celebration of Jim’s life will be held at Highland Country Club of LaGrange, Georgia from 4-6pm on Sunday, June 6, 2021.