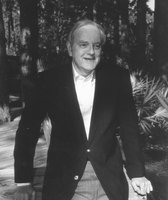 Robert “Bob” Brown, 87, of Hilton Head Island, passed away on August 6, 2018. Born June 24, 1931 in Wilkes-Barre, PA, Bob moved to Virginia as a teen and graduated from Fork Union Military Academy. He attended the University of Richmond, in Richmond, VA before entering the US Army, where he was an instructor in the Army Security Agency. He met his wife, Nancy Henry, who was attending Endicott College, while he was serving at Fort Devens in Devens, MA and they married in Easton, MD in January 1956. He graduated from the University of Richmond with a Bachelor of Arts degree in August 1956. Bob and Nancy lived in Richmond, VA, Drexel Hill, PA and Pittsburgh, PA before settling in Strafford, PA to raise their family. Bob’s career in the computer industry spanned 30 years where he was employed by IBM, Wright Line, Consolidated Computer Systems, and REI Computers where he was a Regional Sales Manager. He volunteered on local boards within Tredyffrin Township as well as Little League Baseball, where he served as Board President. He also enjoyed his many years as a high school and college football referee. A lifelong Philadelphia Eagles fan, he was thrilled to be able to see them win the Superbowl in February, 2018. Bob and Nancy were active at the Wayne United Methodist Church where Bob served in many leadership roles. In 1986 he retired from the computer industry and he and Nancy moved to Hilton Head Island, SC where Bob had a second career as a real estate agent for Sea Pines Real Estate Company. He served as President of the Hilton Head Area Association of Realtors in 1996. In addition to real estate he also served 10 years on the Architectural Review Board for Shipyard Property Owners’ Association, serving as Chairman for 8 years. After retiring from real estate, Bob and Nancy enjoyed spending time with friends on Hilton Head as well as traveling and seeing many beautiful parts of the world together on several cruises. They were very lucky to be able to participate in all of the activities of their two oldest grandchildren who grew up on the island. Bob and Nancy lived for 30 years in Shipyard Plantation and the past 2 ½ years at The Cypress Retirement Community, in Hilton Head Plantation. Bob is survived by his loving wife of 62 years, Nancy Henry Brown, a son, Doug Brown, of Havertown, PA., a son, David Brown, his wife Kim, their 3 children, Alex, Jack and Caroline, of Downingtown, PA., and a daughter, Kristin Warren, her husband, Fred and their 2 children, Greg and Sam, of Hilton Head Island, SC. In addition to his immediate family he is survived by a nephew Ron Brown (Barbara) as well as his brother in law, Talbot Henry, niece Leslie Henry, nephews John Henry (Pam), Rob Henry, and their children. He is preceded in death by his mother, Elizabeth Roberts Brown, his father, George Lyman Brown, and his brother William Frederick Brown. A celebration of Bob’s life will be held at the Shipyard Beach Club on Thursday August 16, 2018 from 5:30 pm – 7:30 pm for friends to come by. A private funeral will be held in Preston, MD in October, 2018. In lieu of flowers, donations may be made to the Alzheimer’s Association at www.alz.org. The Island Funeral Home and Crematory. Islandfuneralhome.com.